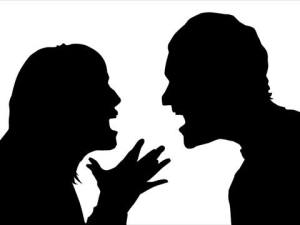 Here is a rather long passage that my Guru shared with his students some 10 odd years ago. It was extracted from a book “Good Life Good Death by Gelek Rinpoche”. It is very powerful and merit a good read and contemplation.

Self-hatred takes time to develop. It doesn’t just pop up. At first, it’s a dissatisfaction. Often it starts because someone planted the idea in our minds at an early age or because some desire was not fulfilled-whatever that desire may be, involving pleasure or money or a goal, however unrealistic. We work ourselves as hard as we can to fulfill that demand or reach that goal. People take two jobs. three jobs, do all kind of things. They work more, eat and sleep less, there’s no rest for body or mind, all because of a desire we impose on ourselves. We often aren’t even sure where it came from or why we’re pursuing it.

If you are angry at yourself, that anger can surface as a dissatisfaction with life in general. Then someone begin to latch onto the spiritual to justify their sense of failure. You tell yourself you don’t care about material success. But deep down, anger and self-hatred make you think you’re spiritually well off even though you’re not. You say that material things aren’t important when the reality is you failed at material life and don’t want to admit it. So you act as though you don’t need anything, pretend to be happy about things, and pretend to be a saint. That is another typical face of anger that people don’t recognize. It will only trap you further into negativity. It will give you an excuse to drop out of life, provide a cocoon to hide in, instead of facing your problems.

“Never mind” plays the same trick. When you are talking to someone and hit a sensitive subject, they try to hide if you get too close to home. They get upset, they don’t want to show their anger, or they don’t realize they’re angry, so they say “never mind”, and try to avoid talking about it. Whether you realize it or not, it’s a symptom of anger.

Some people hide the rough edge of anger: They put on a smooth face, maybe even showing a caring and loving face, hiding their real feelings any way they can so as not to think they are giving another person pain. But really, it’s a kind of violence. For example; “I didn’t lose my temper. I kept my cool, and he got angry.” Then they take pleasure in the fact that the other person is getting angrier. That’s a case of strong anger, only wearing another face.

Repression may not look like anger, because you can’t see the desire to harm so easily, but it may harm the individual more because it’s hiding in storage. When you repress anger, you hold back and don’t explode, but you internalize your anger. You eat or you don’t eat. You start taking out your frustration on anyone – a clerk in a store, a cashier at the gas station – instead of the person you’re really angry at. Sometimes, repression can take the form of self-affirmation. You may think, “Okay, I’m going to work hard, teach him a lesson, and be the most famous person in the world.” That is also anger. It may look positive but, from a karmic point of view, it might not be.

A lot of traditions encourage repression but it can create may problems. It only buys time, delay wrong action. It may in fact contribute to building anger, and make for even greater repercussions. Rebellion is often the result of repression…\to be continued…