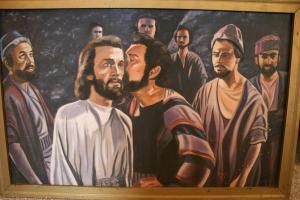 When I came across an article like Judas’ betrayal of his master,  I was curious why he did that to his master who is deemed the Messiah?

There are a couple of views on this matter: firstly, he was not a firm believer that his master was the Messiah and secondly, he was a greedy opportunist, who took advantage of his master’s ‘fame’ to loot from the goodwill of his masters followers.

It seems that his master already fore saw his disciple’s betrayal and in the end, he was forgiven together with everyone else – “Forgive them, for they know not what they do.”

I also wonder sometimes why certain types of people go to houses of worship when in all honesty, they are not there to for self improvement.  But, there are those that genuinely want to change but due to strong attachment to worldly matters, in the end, were unable to change permanently and revert to their ‘old’ selves..

I also always wonder why highly attained teachers with their powers of clairvoyance and able to see what is coming with certain students, would still take them in knowing that the teacher-student relation is sealed for ‘life’. I guess it must be the teachers’ great compassion which seem to be able to override the ‘rule book DON’Ts”, thereby allowing the students the ability to collect some form of merits which they would not otherwise receive based on their inherent ‘bad’ behaviour.

Most ‘back sliders’ would support their actions based on worldly intelligence but there is clearly a difference between  worldly ‘intelligence and wisdom as the proverbial saying which holds true all the time – “knowledge comes from learning and wisdom comes from living”.

In Buddhism, we say our minds are filled with delusions that focus much on the self, and it’s close relation, the ego.

To end this note, I would like to share a parable I read years ago from the Bible, known as the parables of the two sons. It goes like this:

“There was a man who had two sons. He went to the first and said, ‘Son, go and work today in the vineyard.’ ” ‘I will not,’ he answered, but later he changed his mind and went.

“Then the father went to the other son and said the same thing. He answered, ‘I will, sir,’ but he did not go.

Which of the two did what his father wanted?” Jesus asked his disciples.

“The first,” they answered and Jesus said to them, “Truly I tell you, the tax collectors and the prostitutes are entering the kingdom of God ahead of you.”

Isn’t this a great parable that makes the reader guessing.  Just imagine yourself as the father – what do you think? 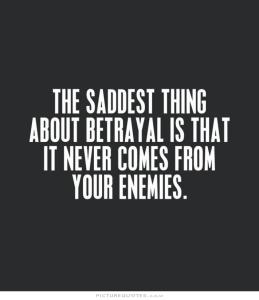