It came as no surprise when I received news that there was a trip to Gaden to offer statues and robes to each of the 3000 monks. Rinpoche has previously intimated this to us. What was a 5 day trip to us, took much longer time to bring to bring to fruition with the help of Rinpoche’s ardent followers and not to mention Rinpoche himself. This was really no mean feat!

I have always wanted to visit Gaden but it was no easy task for me. Being resident in the UK with two teenage children who are still attending school, taking time out to travel during school terms was never encouraged. Besides, we do not have the privilege of “kakaks” to look after the children whilst we go about our own business.

But thankful to “good fortune”, my wife and I were able to join the trip as it co-incided with our pre-planned Easter holidays to KL. From that moment, the anticipation was riveting. Two briefings later and we were on our way to Gaden.

The journey was arduous and least scintillating but like most great sojourns the highlight is the destination. And the tiresome bumpy rides were all forgotten the moment our coach pulled into the monastery grounds. The sight of so many monks all gathered together in the main prayer hall from break of dawn chanting feverishly in anticipation of our arrival was exhilarating. I must admit, I did not feel overwhelmed by so-called “invisible” energy or “power” like I did in Bodhgaya. This I was later assured was perfectly normal. I did however feel immensely happy to see so many monks (not to mention the umpteen high lamas in our midst). 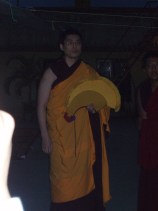 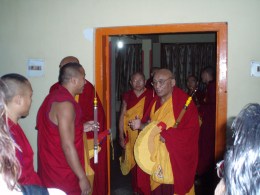 I have never seen Rinpoche in “full gear” in person but that was a sight to be remembered. He looked positively inspiring and I understood Rinpoche had not had a wink of sleep the night before the trip being overly concerned with the welfare of the group who were travelling on the long coach trip. His energy seemed unrelenting as He led us into the prayer hall.

The time taken to offer the statues, robes and some money to each monk seemed to go by so quickly. I can still vividly remember seeing the delightful sparkle in the eyes of the monks when they received the statues. Rinpoche was so kind. He let us do the offerings to collect merits and generate strong imprints for our practice later in this life and definitely in the next life. 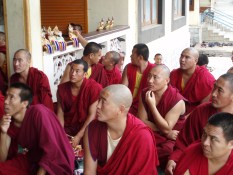 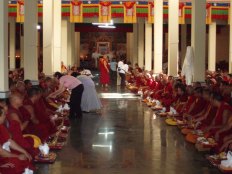 We were later taken to Shartse Monastery where the monks were doing a Setrap puja. We were treated to a sumptuous feast at Shartse which I almost felt guilty to partake knowing that these monks led frugal life styles and some of whom have only a bun a day as sustenance (and this was not by choice). 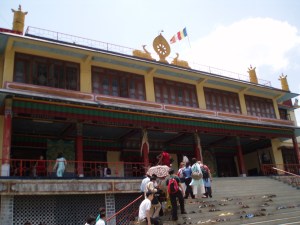 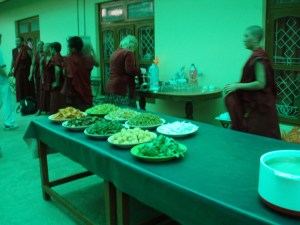 After our meal, we ambled into our Protector’s Chapel.   It felt soooo good to see our Dharma Protector riding gallantly on his bridled wisdom horse. Once again, we were fortunate enough to be given the opportunity to make personal offerings to our Protector. 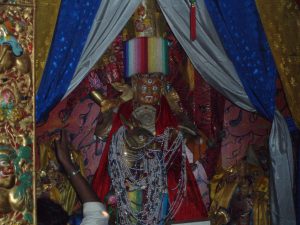 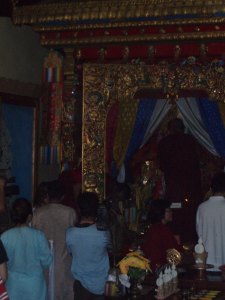 Soon after, we joined Rinpoche visiting his friends and mentors, including one of his Root Gurus, Kyabe Zong Rinpoche who is now a 22 year old incarnate living in the monastery. 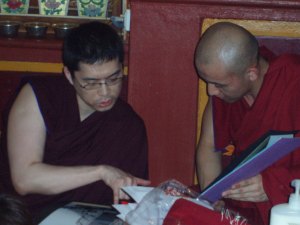 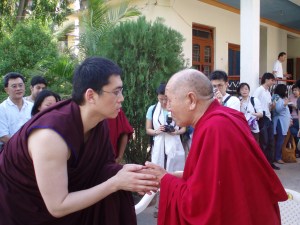 The saddest part of the trip was when it was time to leave the monastery. This was a truly inspiring trip for me and I am sure for many in the group. And although I am not sure if or when I will get another chance to visit again I do sincerely hope the auspiciousness of the whole trip will imbue in us the resilience against unwholesome deeds for eons to come.