Jean Ai wishes to become a vessel that holds the teachings of Lama Tsongkhapa to benefit future generations, inspiring others to live by the Buddha’s teachings. 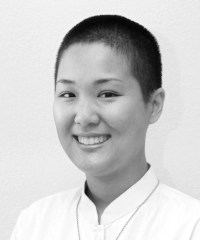 Jean Ai met His Eminence Tsem Rinpoche as a young child and through her parents’ involvement with Kechara over the years, she has never known a life without His Eminence. Jean Ai was a regular volunteer of Tsem Ladrang during her childhood and teenage years. After graduating with a BSc (Hons) in Psychology from the University of Warwick in the UK and working at the London Probation Service, she returned to Kuala Lumpur to join Tsem Ladrang’s e-division. There she managed kechara.com, responsible for the weekly Kechara e-newsletter, including content generation and editing. Since then she has joined His Eminence Tsem Rinpoche’s writing team, responsible for executing Rinpoche’s personal instructions and managing his correspondence.

Having visited a nunnery in India in 2004, Jean Ai remembers noticing how happy and purposeful everyone was. She had a feeling of familiarity and the sight of the robes comforted her. Immediately, Jean Ai messaged her mother who told her to ask Rinpoche’s advice. Rinpoche told her to complete her secular education so that when she taught the Dharma her words would carry the credibility and weight of a university degree, something she completed with the motivation that some day she wanted to become a nun.

Through her ordination as a nun, Jean Ai wishes to become a vessel that holds the teachings of Lama Tsongkhapa to benefit future generations, inspiring others to live by the Buddha’s teachings. Through this she hopes to repay the kindness of her parents and her Guru. Above all she wants to abide in a state free of suffering, and she wants this for others as well.

In taking the next step to further his Dharma career, Seng Piow wishes to become ordained as a pastor in order to be even more effective in sharing and disseminating the Dharma to benefit others. 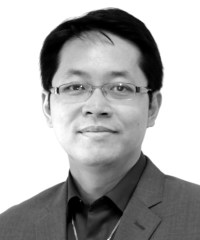 Back in 2001, Loh Seng Piow had no inkling of just how involved in Dharma he would become. As a Masters degree-holder in Engineering, Seng Piow was working as a research engineer in Singapore when he met His Eminence Tsem Rinpoche. Rinpoche’s talk left a strong impression on him and after a few encounters with Rinpoche, Seng Piow started developing websites for Rinpoche and Kechara.

Seng Piow was trained in science, but soon realised that there were many questions that science could not answer. At the same time, he also felt that science and technology are not the solution to human problems, as humans are much better off compared to thousands years ago, yet the problems in this world are still the same, if not more, and we do not seem to be happier than our ancestors.

Seng Piow soon realised that the Dharma is the ultimate solution to human problems, and that the methods used by His Eminence Tsem Rinpoche are very suitable for this modern era. Seng Piow developed a strong wish to help Rinpoche in spreading the Dharma to the world. With that determination, Seng Piow chose not to pursue his PhD degree in Cambridge University (for which he had been offered a place), resigned from his research job, and joined Tsem Rinpoche as full-time Dharma worker, and has never looked back since.

Meeting Rinpoche was a very refreshing experience for Seng Piow, as he never knew Dharma could be so unconventional yet maintain its essence. As Rinpoche’s personal attendant, Seng Piow has had many incredible moments with Rinpoche and considers himself extremely fortunate because he sees real Dharma in action, both on and off the throne. It challenges him to practice Dharma 24/7. In this way, Rinpoche has blown away his old and persistent way of thinking, which was very much focused on the outer rituals of Dharma.

Having seen that Tsem Rinpoche truly embodies what he teaches, Seng Piow is convinced beyond doubt that it is possible to develop our minds to a higher state, and ultimately achieving enlightenment. All these factors have propelled Seng Piow to take a step further in his Dharma career to become ordained as a pastor in order to be even more effective in sharing and disseminating the Dharma to benefit others.